At Surrey Gynaecology we make every effort to keep abreast of the latest developments in medical science and technology as well as being up-to-date with general news around gynacological matters, hormones and the menopause. Here are some items of interest:

Why does a woman’s body shape change during her lifetime?…

…And What Can be done about it!

One of the fascinating features of female reproductive development is the change in body shape during a woman’s lifetime. 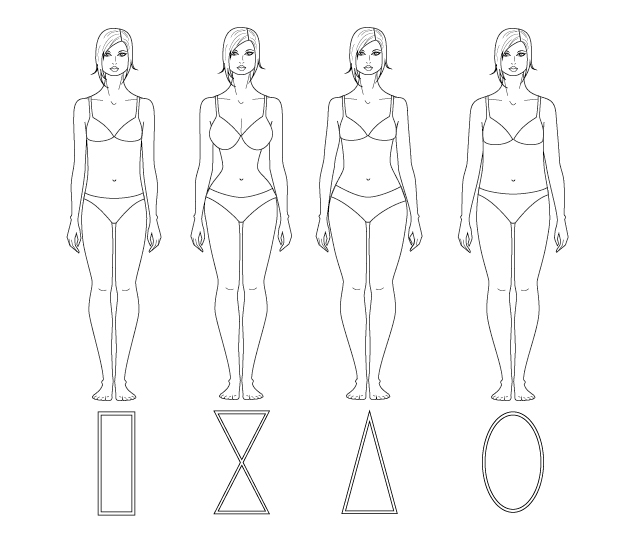 Broadly speaking, one can define distinct phases in a woman’s life which is typified by a certain type of body morphology (shape).

As you can imagine, these phases are not sharply defined and separated but merge gradually from one to the next.

Before puberty the female shape is typically “boyish” in character with little breast, hip, and thigh development. The shape is fairly “straight” and not “curvaceous” in any way.

At puberty the female hormones begin to be produced by the ovaries. This leads to development of the breasts and hips and thighs. This change in shape is largely due to the deposition of fat in these areas. Hence, during the prime reproductive years, the typical female shape in a healthy woman is referred to as “gynaecoid” in nature, and is associated with the well- known “hour glass” or “pear shaped” outline. The term “pear shape” is commonly used to describe those women more endowed with hips and thighs than breasts and is genetically determined.

The less flattering shape of course is the android (male like) fat distribution in which adipose tissue ie fat is deposited in the truncal area mainly around the abdomen. The so-called “apple” shape.

In women of Reproductive years this can be caused by insulin resistance (as in polycystic ovary syndrome – see section on PCOS) which can give rise to a relative excess of male hormones called androgens. Insulin resistance can occur as a result of genetic factors or poor dietary habits such as excess carbohydrate consumption. Not surprisingly, the use of Metformin which is a diabetic drug, can help in improving insulin resistance (or to put it another way, increase insulin sensitivity i.e. its effectiveness). This together with regulation of carbohydrate intake in the diet can help weight loss/weight control.

In the peri-menopausal and postmenopausal years oestrogen levels decline and therefore this leads to another era of change in body shape in healthy women. Because of the declining oestrogen the male hormones known as androgens (which come from the adrenal gland and the postmenopausal ovaries) have a more pronounced “unopposed” ie unbalanced effect. Fat distribution therefore takes on a more male-like pattern which leads to an increase in truncal obesity commonly referred to as” middle age spread”.

This can be minimised by the use of oestrogen replacement and dietary alterations.

Other unpleasant effects of a relative decline in oestrogen and rise of testosterone-like hormones is increasing facial hair and changes in skin quality particularly facial skin. In addition of course, the tissues of the vagina urethra and bladder are highly sensitive to oestrogen. Dryness, loss of moisture and elasticity/suppleness, are common. There is an increased incidence of what are known as LUTS Lower Trinary tract Symptoms such as frequency, pain on passing urine, cystitis-like symptoms of urgency etc in the absence of infection. These are eminently reversible with the use of oestrogen.

Postmenopausally, in the latter years, the above changes become more pronounced with less definition of breast hips and thighs compared to a woman in the reproductive prime. In addition, the loss of oestrogen leads to a slow and inevitable loss of bone mineral density (bone thickness) which leads to a loss of height as vertebrae become more compressed. The most extreme version of this is the well-known forward curvature of the spine known as The Dowagers Hump.

The above changes affects women to a varying degree. Genetic predisposition plays a significant part in determining the degree to which an individual his affected; for example there might be a family history of osteoporosis. This can be prevented by the use of oestrogen replacement therapy OR a range of drugs which prevent bone loss such as bisphosphonates.

With increasing life expectancy beyond the age of menopause, it is important that quality-of-life should match the quantity and duration of that extended lifespan of women.

« What Makes us Fat? (And how do we lose weight)?
Women with severe period pains should be checked for endometriosis »